One of the obvious reasons why Nexus 4 made buzz is its price point. When the device launched, Google opened a new era of low-priced unlocked smartphones with some really great hardware and design. Although there was Nexus One, Nexus S and Galaxy Nexus, Nexus 4 made more headlines because it came after the huge success of Nexus 7 through which Google started a market for low-price tablets, too.

Until a few months ago, Nexus 4 was the best money could get if you were rooting for an Android on a budget. But all that changed as soon as rumors about Moto G was floating around. Moto G, upon announcement, became immediate competitor to Nexus 4 for buyers of a low-priced Android phone. Google knew this would be coming, and that’s why ahead of Nexus 5 launch, Google shut down the production of Nexus 4.

But that doesn’t mean Nexus 4 is off the face of the earth. There are still a lot of retailers that sell boxed Nexus 4. You might also get a second-hand Nexus 4 for even lower price. But then again, you will definitely found yourself buried deep down in confusion about what to get between Nexus 4 and Moto G. Should you get Nexus 4? Shouldn’t you be getting the newer device?

We’re hear to clear off the confusion of Moto G vs Nexus 4.

This article also appears on Android Kothon in Bangla.

Looking from up, Nexus 4 and Moto G may look somewhat similar. You will be forgiven for mistaking one for the other from a distance. But exactly the opposite applies for the back side. While Nexus 4 offers a glassy, somewhat shiny backside, Moto G goes in a different direction of a range of brightly colorful covers.

Nexus 4 received a fair amount of complaints about the backside picking up scratches. If falls from sufficient height, it can also shatter or rupture. Apart from that, Nexus 4 has a premium build quality that you can definitely show off. Moto G, however, has a plastic back cover. While it’s not as prone to picking up scratches and fingerprints as that of Nexus 4, it can attract dust and slightly discolor (because of dust and other elements) causing the brightness of the cover to go dark a little. It should take long enough for that to happen for you to think that it survived a good time, but when it does, you can always change the back cover to another color. New color, new design, new feel.

With that in mind, it’s safe to push Nexus 4 in front of Moto G when it comes to comparison between the two in light of build quality and design. Nexus 4 stands out. But that does not necessarily mean Moto G feels cheap. In no way it does.

Nexus 4 packs a powerful quad-core Snapdragon S4 Pro chip. Equipped with that, 2 GB RAM and Adreno 320 GPU, Nexus 4 turns into a beast. Still not comparable to high-end phones like Nexus 5 or LG G2, for the price, Nexus 4’s hardware gives it the power to run the latest Android apps and games at a fairly decent performance level regardless of the fact that it’s one year old phone.

Moto G, on the other hand, packs a less powerful quad-core Snapdragon 400 Cortex A7 clocked at 1.2 GHz. Its GPU is also less powerful; an Adreno 305. Add that with only 1 GB of RAM, and you get the idea how Moto G won’t survive the round with Nexus 4 in the battle of hardware. But there’s more that you should know.

While both devices are available as 8 GB and 16 GB variants, there is significant difference between the two in Internet connectivity. Nexus 4 supports 42 mbps DC-HSDPA which ensures that you can get the fastest 3G coverage around the world. But Moto G has a limiting 3G radio that can transfer data at up to 32 mbps speed. It can be a deal-breaking factor depending on which country you live. If you’re in Bangladesh, it doesn’t mean anything right now and for the foreseeable future.

Nexus 4 easily beats Moto G in hardware battle. But there’s a twisting fact to this. Keep reading to find out what.

One of the key things Moto G became famous for is its display. The 4.5-inch display packs a resolution of 720 x 1280 pixels.  Nexus 4’s 4.7-inch display packs 768 x 1280 pixels resolution. But with higher-resolution and slightly bigger display, Nexus 4 received a fair amount of criticism for somewhat dark and washed-out display. Moto G, on the other hand, has fairly vibrant and bright display. It also has a higher pixel-per-inch (~326 PPI) compared to Nexus 4 (~318 PPI). That makes the new kid the winner for this round in the battle.

Manufacturers are often hated for putting their version of user interface (UI) on top of stock Android. There are users who love and hate Samsung’s TouchWiz, HTC’s Sense and so on. These are the UIs manufacturers built to give users a unique Android experience on their phones. But Motorola played it safe. They did as little modification as possible to the core Android while paying more attention to building some great applications. Active Notification, OK Google Now, quick launch camera gesture etc are all part of Moto X.

But Motorola stripped most of these stuff in favor of offering Moto G at an incredibly low price. Basically Moto G is a stock Android (currently 4.3, 4.4 KitKat is announced to be available by the end of January) and a couple of apps from Motorola.

On Nexus 4, you still get the same Android experience, but you receive updates early. Nexus 4 users are already enjoying Android 4.4 KitKat. This is what Nexus devices are famous for. They receive updates before anyone else. Even if official update stops rolling out, developers manage to make adjustments and release a compatible version of the latest Android for a Nexus device. A perfect example of that would be Android 4.4 KitKat hitting the first-ever Nexus device, Nexus One (which was rejected an Android 4.0 Ice Cream Sandwich update)!

It’s safe to say that Moto G will receive updates for a fair period of time as well, since Motorola says that it is committed to providing updates for its Moto X and Moto G devices. Android 4.4 KitKat hitting Moto G before January seems to be a nice proof of that.

Still Nexus 4 wins hands down on software part mostly because, well, it’s a Nexus device! And we at Android Kothon have always talked about how Nexus devices’ number one benefit is to be able to get the latest update before anyone else!

If photography is your thing, you shouldn’t really root for either Moto G or Nexus 4. They may take decent photos, but they are not really great enough for your above average photography expectations. But both of these phones pack cameras, so comparisons are bound to happen!

Nexus 4 not only has higher resolution (8 MP) camera, it also snaps pictures faster. Its daylight photos come out with good quality and it’s capable of shooting videos at 1080p. Moto G on the other hand has a lower resolution (5 MP) camera. It also snaps good pictures, but what makes Moto G’s camera experience unique is the camera app that Motorola built. It is way better than the stock Android camera app. But that might change as Google says Android’s stock camera app is soon going to support RAW format.

Neither of these devices are any good in low-light shooting. But Nexus 4 still wins for snappier performance and better camera.

Remember that we said maximum performance does have a twist? Here it comes.

The difference between battery capacity of Nexus 4 and Moto G is 30 mAh. Moto G packs 2070 mAh while Nexus 4 packs 2100 mAh. Guess whose battery backup is great?

Moto G can give out more than a day of battery life with average use. But with Nexus 4, that’d be a rare occasion unless you’re really careful and saving every bit to hold up the battery charge. It has to do with the processor.

Nexus 4 has a powerful processor. And a powerful processor is power hungry at the same time. That’s why despite having a larger battery, it drains out quicker than Moto G which has a less powerful and therefore power-efficient processor. In this regard, it’s really needless to state the obvious. If you want more battery life, you have to sacrifice a bit of processing power and that means Moto G. On the other hand, if you want high performance, Nexus 4 is your go-to device. But you will have to sacrifice the longer battery backup.

Personally I believe every Android owner should look for more battery power because a smartphone becomes a pain when you have to charge it too often. And therefore, the winner in this segment of the battle between Moto G and Nexus 4 is: Moto G. 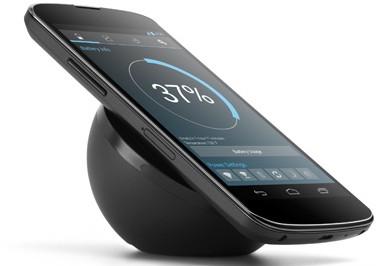 Nexus 4 was the hottest kid in town ever since it entered the market almost a year ago. But as soon as the newer kid, Moto G, hit the town, everyone’s confusing who’s a better bet. And that’s not too hard to narrow down if you know your needs.

Moto G and Nexus 4 both have a strong future ahead. Both of these devices might be getting updates officially for at least a year. And developer support, especially from the XDA-Forums community, might last a decade. Both phones are good for their price. Only problem is, Nexus 4 has  no price.

Remember that Nexus 4 priced more than Moto G? That’s why you should get Nexus 4 if you have a really good bargain. But if you want all-day battery life, then you might be better off to Moto G. And that’s what draws us to this conclusion: It really depends on your priorities. Is it performance or battery life?

Get your priorities in order and make the best purchase according to your needs. And before you do, leave a comment with what you think is better between the two and why so that other readers can participate in discussion from your point of view.

This article also appears on Android Kothon in Bangla.